A downloadable game for Windows, macOS, and Linux

Note: This game is a early access game but it may remain forever that way, because i'll be always thinking ideas on what to add, like maps, guns and gameplay features, but the main thing is to get my game finished.

Note No.2: This game is in extreme beta, you might see some assets that you may know, since they are placeholders and coding is where my knowledge stretches to, Soon I'll make my own models.

I would like to thank you all so much for supporting my game for almost a year now!
i hope this game will continue as planned will be NPC's, Melee, Exploding Barrels, and Vehicles!
you guys were the one who kept my game going on, This is the second part where fixes have been made;
part 3 will have new models and content, thank you for your neverending
heartwarming support!
[This build is considered a beta!]
-$irDevsALot

please support my game on it's early access stage!

Big special thanks to:

-Kelly (an admin on an Unturned server(he apreciated my game))

- (not really, cause they don't give a damn about it)

-sundoggo (creator of some icons)

Q:Can I use your game in my videos?

A:Yes, plus you can monetize it too.

Q:Will this game be free forever?

Yes It's free this is a non-profit project, for now.

A:First of all, that's not fair, second you may be banned, lastly only do it in singleplayer, where thing don't get messy.

Posting montages in the comments will be highly appreciated

It'l be sent to you by a .zip file, extract the files to have full access to the game.

StickyI will be discontinuing Poly-Forces.
by james_24 · 2 posts
2y
Post a new topicView all posts 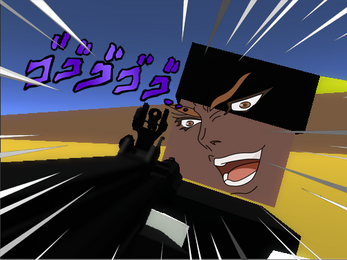